What is Greek Yogurt?

Greek or Greek-style yogurt is nothing but a creamier, smoother, thicker and slightly sourer version of the regular yogurt. It’s definitely healthier and tastier. This variety has specifically led to a sharp rise in the sale of yogurt in the market mainly because of its health benefits. It is also commonly known as hung curd in India.

So, does Greek Yogurt taste like sour cream? And can you substitute greek yogurt for sour cream? Read on to find out…

Why is it called ‘Greek’ yogurt?

Greek yogurt isn’t actually of Greek origin. It’s a myth. Greek yogurt is actually an American product first brought to America by a company called Fage. Fage is a Greek company and as a result of which, Chobani, one of the most popular brands of Greek yogurt in the United States, picked the name ‘Greek yogurt’ from there.  In Greece, they like to call the same as ‘straggisto’ which stands for strained yogurt. 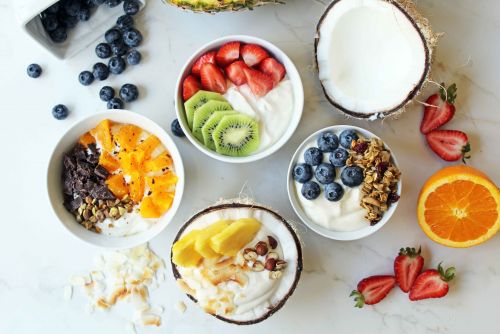 What is the difference between Greek Yogurt and Regular Yogurt?

Now, there are very few food products out there which contain a combination of protein, probiotics, and healthy fats. Yogurt hits the bull’s eye in this case. Greek and regular yogurt are both a result of pasteurized milk fermented with some good bacteria.

Greek yogurt is regular yogurt minus the whey. It’s basically the watery part that is left after milk has been strained and curdled. It contains milk solids and a large amount of fat and sugar. 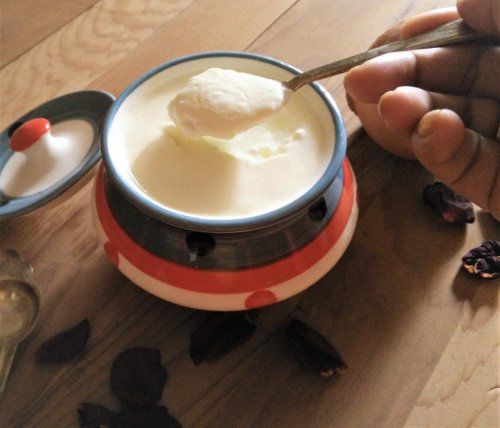 Regular Yogurt Vs. Greek Yogurt, which one is healthier and Why?

By now, you do have an idea which one’s healthier. Yes, it’s Greek yogurt and the reasons are simple:

How to make Greek yogurt at home?

This may take up to a few hours. It depends on the thickness you want.

The answer to this totally depends on the fat content. The lesser the fat content, the sourer it tastes. Also, it tastes lighter. Unlike sour cream, Greek yogurt is available in a lot of flavors in the market and you can choose accordingly but it isn’t advisable to go for the flavored ones because of their high sugar content.

Pro tip: If you find it to be too sour for your taste, add a little honey to it.

Can You Substitute Greek Yogurt for Sour Cream?

Yes, you can! Greek yogurt is healthier in comparison to sour cream and it’s not only lighter but is jam-packed with proteins as well. It’s got lesser calories, fat and sugar content. It’s a richer source of calcium, vitamin B-12, and probiotics. The thumb rule while substituting Greek yogurt for sour cream is that you use it in the same amount.

Pro tip: Due to lesser fat content, yogurt curdles easily when excess heat is applied. Either add it when the heat is off or keep the temperature low while cooking.

How many calories in Greek Yogurt?

One serving of nonfat Greek yogurt has 133 calories per cup, 1 gram of fat and 8 grams of carbohydrates whereas one serving of reduced fat sour cream has 416 calories, per cup which is more than the three times of that of Greek yogurt.

Now that you of its benefits and how to use it, here are a few easy recipes where you can put on your chef hat and bring out the master chef in you!

Remember to always check the labels before buying any sort of Greek yogurt and prefer whole milk and nonfat over the flavored ones as they have a lower sugar and fat content and are any day healthier than the latter.

Have you heard about the famous Fage vs Chobani incident? Here’s an interesting piece of trivia to round off this article… 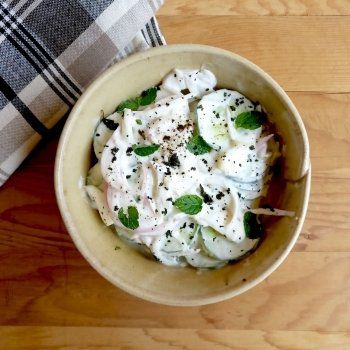 The Fage vs. Chobani war

If there are two names by which the world knows Greek yogurt, those are Chobani and Fage. Chobani is the biggest seller of Greek yogurt in America and Fage in Europe.

While on one hand, the scandal where Chobani’s founder’s ex-wife accused him of stealing the recipe from Fage by bribing one of its employees made the front page, the story of Fage suing Chobani for using the term ‘Greek yogurt’ on its label made headlines alongside.

Hamdi Ulukaya’s (the founder of Chobani and of Turkish origin) ex-wife Ayse Giray, made a bold claim during a legal proceeding that Hamdi went to Europe and paid 30,000 Euros to an employee of Fage (Greek company) to get his hands on the rival’s yogurt recipe. The case came to an abrupt settlement before the court could give a final verdict.

While all of this was still in news, Chobani suffered another blow at the hands of Fage when they asked the company to stop using the words “Greek yogurt” on its packaging for selling their products in England and Wales.

Fage argued that only yogurt made in Greece should be labeled as “Greek yogurt”. In the end, Fage won the battle and Chobani was told to stop selling US-made strained yogurt labeled as “Greek” in the United Kingdom. And we thought the Cola wars were bad! 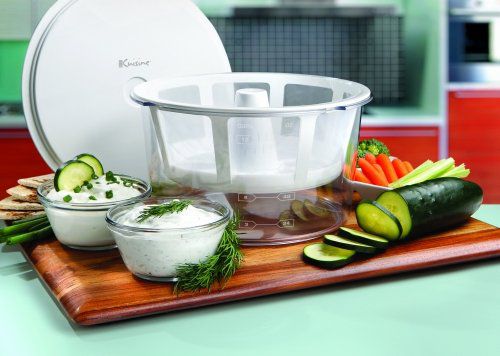 This Genuine Air Fryer Review Will Make You Buy It And Fall In Love With It!

Because He (pm Narendra Modi) Was A Chai Wala

How To Succeed In Your Culinary Arts Degree Program 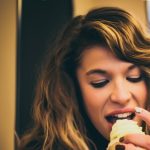 You Are Not A True Foodie, Till You Have Not Eaten These 17 Punjabi Dishes