Ever since Japanese cuisine has grabbed the attention of food lovers across the globe, Japanese sushi is the first dish which anyone can think of. How many times have you entered a newly opened Japanese restaurant in your city and got confused about what the first-time sushi eater should order?

If you are the one who wants to know everything about sushi like – How to eat Sushi? How many calories in sushi? Is it ok to have sushi while you are on diet? What are the different types of sushi? And, What is the history of sushi? Then you are on right page.

And why should you know it, because if you know about the dish which you are eating you will appreciate it more and can win brownie points when you talk about it among your food loving friends. After all, food is not all about tasting, but also about knowing the culture and history.

The modern-day concept of sushi was invented in Japan sometime around the end of the Edo period (sometime in the mid-1800s when Japan was becoming the center of art and culture. Did you know Tokyo’s old name was Edo?).

It is the most famous Japanese dish outside of Japan and one of the most popular street food among the Japanese. Originally, sushi was supposed to be a quick and cheap snack meant to be eaten while watching theatre performances (Yes! Just like popcorn), but today a true sushi experience is unforgettable and difficult to recreate. Sushi in Japan is very simple and usually doesn’t contain more than one type of fish or one type of vegetable.

So, what does sushi contain?

Sushi originated from Japan, consists of cooked vinegared rice combined with varied ingredients such as seafood, vegetables and occasionally tropical fruits. While the Japanese get full credit for it, the inspiration for sushi was thought to be started in Southeast Asia.

Nare-zushi, the fermented fish wrapped in sour rice, originated somewhere around the Mekong River before spreading into China and later Japan.

Sushi or Zushi? Here is the catch!

You would come across both these words and both of them are correct and mean the same thing. The word Sushi is used when the word is standalone and turns to zushi whenever there is a name prefix. For example – Maki Sushi is actually called as  Makizushi

Still Confused? Well, you won’t be any more, read on to find out about the popular types of sushi so that you don’t make a mistake while you order them next time in a Japanese restaurant.

What are the different types of sushi?

Even with the wide availability of sushi, many people are confused by it and not without reason. It’s easy to feel lost in a sushi restaurant, not knowing about the different types of sushi and its ingredients – whether the sushi has raw fish or not, and how to eat sushi? Knowing about the popular types of sushi comes in handy

Makizushi (Maki for short) is the most common type of sushi. It literally means rolled sushi and that’s exactly what it is.

Maki sushi is made by wrapping fish, vegetables, or meat into nori (seaweed) using a bamboo mat called makisu. It can also be wrapped in an egg omelet, soy paper or cucumber. Each roll is cut into six or eight bite sized pieces. It is also called norimaki sometimes. Maki can be eaten with chopsticks or hands.

The most common types of Maki are:

means thick, large, or fat rolls. These rolls are larger at about two inches in diameter and are stuffed with two or more fillings. The nori is typically on the outside.

Means thin rolls. They usually have only one filling (tuna, cucumber, carrot, and avocado are popular choices).

Means hand roll. Temaki is a large cone-shaped piece of nori stuffed with ingredients that spill out the wide end of the cone. It’s ideal to eat temaki with your hands as it can be difficult to pick up with chopsticks.

The most well-known sushi is the oval shaped sushi, called Nigiri or Nigirizushi, which is hand pressed sushi. It’s the most traditional form of sushi, consisting of single topping over palm pressed, compact oblong sushi rice. Any small hand pressed sushi using your palm belongs to this category.

Neta, a slice of fish or seafood, is placed on top of the rice mold. Some chefs also place wasabi in between the rice and the neta.  Normally, nigiri is picked up and eaten with hands, but you can eat it with chopsticks too.

The proper method for dipping it into your soy sauce is to turn the Nigiri over so that the meat is on the underside and dip the corner of the meat only in the soy sauce so that the rice does not touch it.

If you think of raw fish every time you hear the word sushi, you’re probably thinking of sashimi. It consists of slices of sushi grade fish which can be eaten with soy sauce or wasabi. Sashimi is just the meat served without any other ingredients and is eaten with chopsticks.

A lot of people confuse sashimi with nigiri but the difference is, that nigiri is sashimi served on moulded rice. While most sashimi is raw fish, some sashimi is not raw and some sashimi is not fish. It also consists of chicken (Toriwasa) other types of seafood such as octopus, sea urchin, clams etc.

Sashimi is basically meat, with no sushi rice.  Although sashimi perfection may be years away, you can get a beginner’s guide here.

Chirashi zushi or chirashi means scattered sushi. It is a bowl of sushi rice with toppings. It can be cheap or expensive, depending on the type of toppings used. It usually has fish toppings over sweet marinated shiitake.

In Japan, the popular toppings are salted fish and pickled vegetables but in other parts of the world, varied toppings like raw tuna, squid, raw salmon, egg, and eel are used.

Uramaki is an inside out sushi roll with sushi rice on the outside wrapped around other ingredients like shrimp tempura, avocado, cream cheese etc. To enhance the flavor and reduce stickiness, it is covered with roasted sesame.

The majority of sushi rolls consumed around the world are uramaki variants even though it is not so popular in Japan since it falls apart more quickly when picked up with chopsticks. Click here for the recipe. 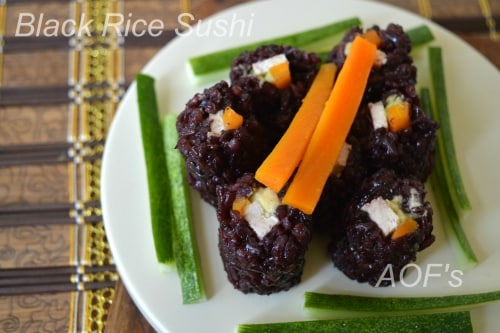 How to eat sushi?

Here is a quick video which teaches you how to eat sushi :-

Of course, the story doesn’t end here, just by knowing the names and types of sushi don’t make you a pro till you learn if Sushi can be really eaten while on a diet. Is sushi healthy?

One of your fitness-freak friends would definitely ask “what about the calories in sushi?” and till you don’t answer that, your knowledge would not be accepted. And once you have this knowledge, you would want to know about the best restaurants for sushi. Read a bit more and find out yourself to talk like a sushi expert.

How many calories in sushi?

Japanese Sushi is easily available all over the world now and foodies love it. Thankfully, it is not a particularly fattening food and there are ways to keep your diet low calorie when you’re craving sushi. Click here for a healthy vegan version.

While it is true that sushi can be a healthy meal especially because fish is full of protein and omega 3 fatty acids, there is a significant difference in the types of sushi. For example, Sashimi is raw fish pieces without rice and is low cal.

Every restaurant and chef create their own version which makes it more difficult to keep a track of calories but it obviously helps if you know the number of calories in each kind of sushi so that you can enjoy it without having to worry about the extra pounds.

If you’re still worried about your calorie intake, this checklist can come in handy:

Best Sushi restaurants around the world

It is considered to be the world’s most celebrated sushi restaurant with a total of three Michelin stars from the Michelin Guide and it’s almost impossible to get a reservation.

It is so popular, there is a documentary called “Jiro Dreams of Sushi” based on the chef Sukiyabashi Jiro. Japan has declared him a national treasure. When in Japan, you know what not to miss now.

Masa is one of the priciest restaurants in the country but the experience lasts a lifetime, they say. Michelin has given Masa an elusive three-star seal of approval.

The newly opened high-end Japanese restaurant, Hashiri is the closest thing to being transported to Japan and is designed to provide a memorable experience. One of the most luxurious restaurants, it quickly earned a Michelin star.

Despite being in the middle of the desert, Las Vegas surely knows how to source its sushi. Chef Nobu chose Caesars palace for the largest Nobu restaurant in the world. It is also one of the most innovative sushi restaurants and earns bonus points for being the only Nobu with teppanyaki tables.

Breaking from the luxe stereotype, Yum Yum cha is a casual dining restaurant with a colorful and playful vibe. This should definitely be a priority on your Delhi bucket list.

If you’re on the lookout for an authentic Japanese dining experience then Kofuku is the place. Practice the art of using chopsticks using sushi rolls while sitting on the ground on Japanese floor mats.

Famous for its Wasabi ice cream, Fuji is your go to sushi place when in Kolkata.

Harima serves one of the best sushi in the city. The decor and the complete authentic Japanese style eating with your legs folded add to the brilliant experience that is the sushi at Harima.

Once considered exotic, sushi restaurants can now be found easily even though eating and ordering sushi can be a little intimidating. Everyone has different tastes and there is definitely no single way to approach sushi if you are new to it but once it grows on you, there is no going back!

So stay at your comfort level, find your pace and try what you think you’ll like. You may not turn into a sushi lover, but there is a lot to appreciate about sushi and Japanese food in general.

Do leave your comments in the comments section below if you have any other questions about sushi or would like to recommend an awesome sushi restaurant that is not on the list above.

Apurva Setia is Post graduate in commerce with a heart that loves to travel. Full-time foodie, part time nerd and loves to research and write about every food under the sun. 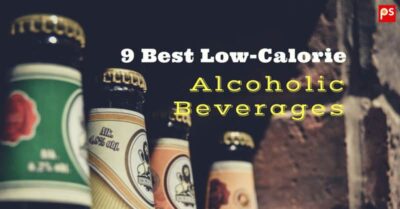 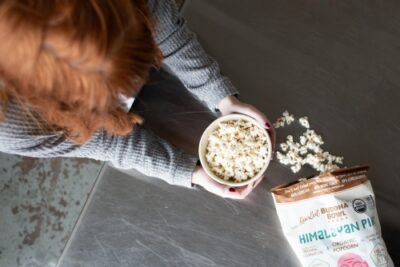 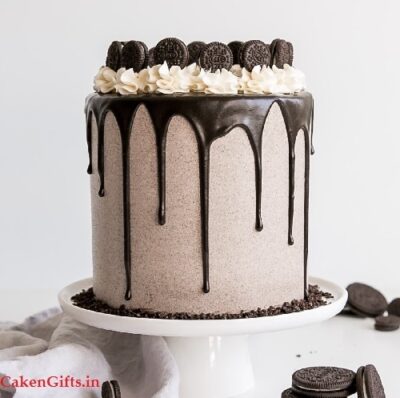 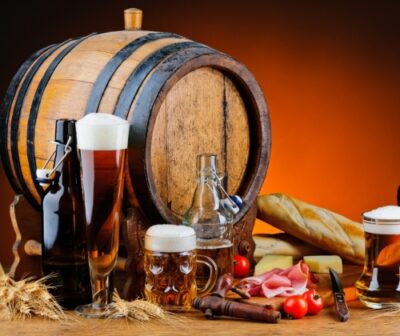 6 FAQs About Chamoy: The Mexican Condiment Revolutionizing the Culinary World 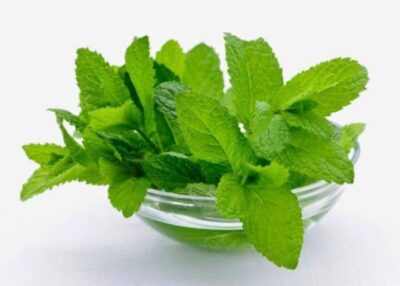 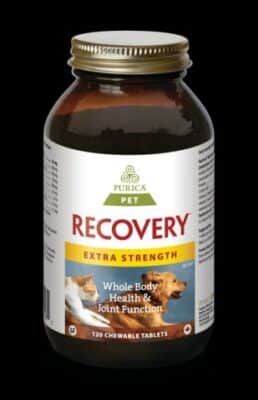 The Need To Maintain A Healthy Companionship 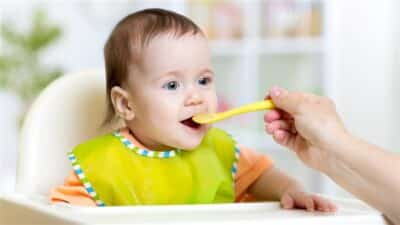 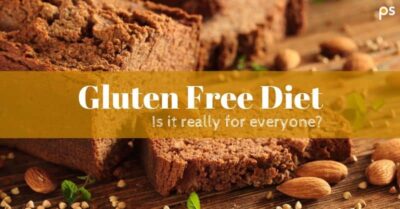 Solutions to Food Waste: How to Prevent Throwing Leftover Food

Indian food that every traveler must try this monsoon