Moroccan culture is inextricably tied to its food history, with mealtimes traditionally serving as important communal and family times during the day. Mealtimes, though grounded in tradition, were shaped by a variety of intersecting cultural events throughout Moroccan history. The Barbers, who were the first known inhabitants of the area, were invaded by a succession of different cultures including the Phoenicians, the Romans, and the Moorish dynasties, which all left their unique mark on Moroccan cuisine. Below Rory Brown, Food Writer, shares Moroccan appetizers that reflect this cultural richness.

Many Moroccan appetizers are served alongside pita bread, which is known for its pleasantly chewy consistency. Often grilled instead of baked, pita bread is usually made of semolina wheat flour, a common crop in North Africa. Although it is delicious on its own, this traditional bread complements the flavorful and aromatic spices of Moroccan cooking with its soft consistency and smooth flavor.

Also known as the Bastilla roll, this Moroccan delicacy is defined by its light, layered phyllo wrap which surrounds shredded chicken, honey, cinnamon, and almonds. It’s then dusted with powdered sugar. The chicken inside the B’stila roll is flavored with saffron, and its origins can be traced back to the 15th-century arrival of the Moors in Morocco. This light, flaky, and flavorful roll provides a taste of Moroccan spices and introduces a perfect blend of savory and sweet.

In the 9th month of the Islamic calendar, those of Muslim faith celebrate Ramadan. During this time, devotees do not eat between sunrise and sunset to demonstrate their faith. After sundown, the fast is traditionally broken with Harira soup, which is made with lemony tomato broth and nourishing garbanzo beans and lentils. This soup, so important in the cultural tradition of Morocco, can also be made vegan.

Shak-Shouka is made of roasted tomato and bell pepper cooked with paprika and cumin, sometimes with an egg on top. Featuring tomatoes, which actually originated in South America before finding their way over to North Africa, this aromatic dish is often served with grilled pita for dipping.

Cumin is such an important spice in Morocco that it is set out on the table with meals, similar to the American tradition of salt and pepper. This spice is used to perfection in Zaalouk, an appetizer of roasted eggplant, cumin, olive oil, and lemon preserve served with pita. The lemon preserve found in Zaalouk can be traced back to the Jewish-Moors, who brought fruit preserving techniques to Morocco.

Potatoes are relatively new to the African continent, and specifically to Morocco, arriving with a burst of other cultural influences in the 1800s. Now, the potato is Morocco’s third-biggest crop and is grown year-round except in the coldest times of the winter. Like many other exquisite dishes, Moroccans adapted the potato to their own cuisine. A Moroccan potato salad is a hearty appetizer that often features cumin, olive oil, and variable fresh herbs.

No glimpse into Moroccan cultural foods would be complete without a mention of couscous, one of the most important grains in Morocco. The word couscous comes from the original Berber word k’seku, and is a staple of North African countries, including Morocco. Often used in entrees, couscous can also be incorporated in delicious appetizers served with fresh herbs, spices, bell peppers, and toasted almonds. With a variety of traditional Moroccan spices, this fluffy grain can take on so many different flavors.

With its mixture of far-reaching cultural influences grounded by strong roots in aromatic spices, Moroccan cuisine offers endless variety. Keep in mind when dining a skilled Moroccan chef brings to bear these sensibilities with every aspect of the meal, including the appetizers.

About Rory Brown (Charleston, SC): After spending the first 40 years of his life in the United States, Rory Brown decided to focus on the quality of life and began living internationally. He now spends his time in Lake Como, Italy, Sydney, Australia, Charleston, South Carolina, and Kauai, Hawaii. His appreciation for simple health food that embraces local traditions of excellence has earned him credit among farm-to-table communities everywhere he goes.
Brown began his career as a technologist and has always focused on healthy lifestyle choices. His well-researched lifestyle writing has increasingly focused on living life to the fullest each day throughout the world. 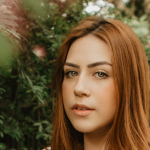 Are You Giving Pure Milk To Your Kids? 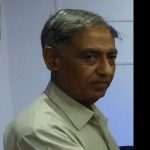 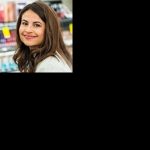