The first time I heard about Quinoa was at the Yoga house in Mumbai while I was having lunch with an Aussie friend. She is quite a fitness freak and highly recommended eating a Quinoa salad on the menu. As all health food goes, I was expecting something bland, chalky or tasteless; but to my pleasant surprise I was presented with this super-lite and delicious salad which tasted as good as it looked. It was then, that I decided to include Quinoa as a regular item in my diet. Not only I love it for its great texture, but it is a superfood which is high in protein content, essential amino acids and is gluten free. If you haven’t included it so far in your diet, do it now!

Recently, I came across the brand Quinoa Guru which intrigued me. Why? Well because, usually we have brands selling Quinoa as one of the many items they offer, but here was one brand whose name was the item itself, which goes to show their commitment to this super-food. I decided to buy it and use it in a favourite recipe of mine, the Quinoa Summer Salad.

I added the chopped vegetable and olives and voila, I had a healthy snack at hand in a matter of minutes. I ate it with dinner and also took the remaining portion to office the next day. It did not spoil and made an excellent tea-time snack.

The Quinoa took just 15 minutes to cook and I did not have to spend a lot of time rinsing it, unlike some of the other brands I have tried. I also noticed that the water consumed to cook the quinoa was lesser than other brands, probably because it is pre-washed.

The texture of the cooked quinoa was crunchy and fluffy.

The quinoa was beige and fluffy when cooked and had no after taste (some of the brands have a mild bitter after taste which is due to Quinoa’s natural coating saponin. One needs to rinse these brands multiple times before cooking to get rid of the coating which can be quite cumbersome).

The Quinoa comes in neat brown paper like bag with plastic lining on the inside and has a zip-lock, so that you don’t have to worry about transferring it to an airtight container.

With umpteen health benefits, this should be a welcome addition to the kitchen, replacing the mundane dal, chawal (rice), rotis with a tasty guilt-free and light option. I highly recommend Quinoa Guru for the salads and other such recipes where the taste of the quinoa is the highlight and not a lot of other flavour rich elements like spices etc. are added. 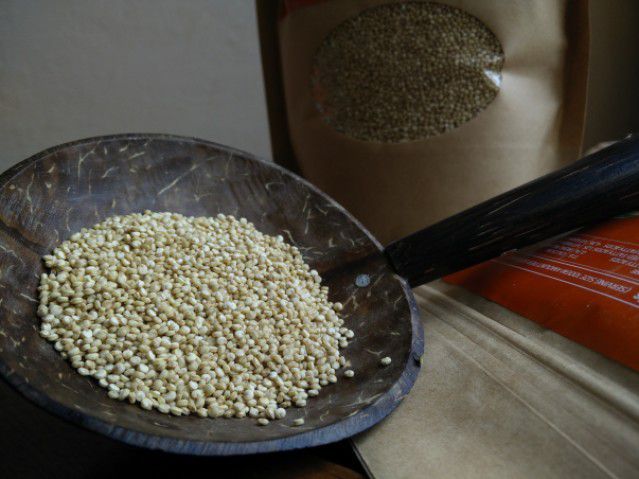 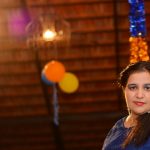 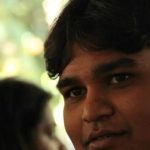