Is Squash or Pumpkin a Fruit or Vegetable?

They say that the tastiest food is not healthy. Squash, though, is an exception and possess a rare combination of taste and nutrition.

There’s so much to be said about “Squash” and one food story just wouldn’t do justice to this amazing fruit/vegetable, so we bring you 3 food stories.

We will settle the debate on – is squash a fruit or vegetable? in this article along with the types of squash and its nutritional benefits. In the second article, we would talk about the handling of “squash” – how to boil, cut and preserve squash? In the third one, we dive right into top 10 easy lip-smacking recipes that can be made with “squash”. Let’s give this wonder veggie much-deserved attention, shall we?

Is squash a fruit or vegetable?

Well, that’s an ongoing debate. However, most of the times, it’s categorized as a fruit since it develops from a flower and it contains seeds. But does the category really matter? All we food lovers care about is the irresistible dishes that can be made out of it!

Since a very long time, Squash has been a popular culinary food item in many countries, the due credit of which, goes to its versatility. Different types of squash like Butternut, Spaghetti, Pumpkin, and Zucchini finds its place in a number of finger-licking exquisite dishes and in the heart of every food lover.

Botanically, a fruit bears seeds and develops from a flower. That makes Squash a fruit. However, from a culinary point of view, it is a vegetable since it’s mostly cooked before eating.

When a popular food item is highly nutritive and offers great health value, it’s an icing on the cake. And squash are just that! Squash contains nutrients, vitamins (Vitamin A, C, EB6, Niacin), and minerals (Mg, K, Mg, Ca, Fe) which impart antioxidant, anti-inflammatory and anti-diabetic properties to it.

The vitamin B complex contained in squash enhances the metabolic rate of the body while Pectin regulates blood sugar, thereby preventing diabetes. The huge amount of vitamin A present in squash can go a long way in improving eye health and lung function.

And for all those who are trying to keep their weight in control, you would be happy to know that they are extremely low in fat and cholesterol and the calorie content varies from 11-35. Zucchini, a variety of Squash has the lowest calorie content.

However, for the ones who suffer from hypotension, please avoid consuming it as they significantly lower the blood pressure. For all the others, you are free to relish the benefits of Squash!

Squash are highly nutritive and low on calories with anti-oxidant, anti-inflammatory and anti-diabetic properties. Hypotension patients should however, avoid consuming squash.

Are all parts of a squash edible?

Did you know that every part of the squash is consumable? Squash can be baked, flattened into patties and can also be used as a base for soups. The seeds can be roasted and eaten or oil can be extracted from them. And yes, the seeds are highly nutritive and hence, used in nutrition bars as well. The shoots and tendrils can be cooked or added as an ingredient in salads.

What is the difference between Summer and Winter Squash?

Squash belong to the “Cucurbita” genus in the gourd family and have the highest number of varieties. They are broadly classified into two types of squash – summer and winter. A lot of us might associate this with the seasons they grow in but no, the classification is based on the growing time and maturity.

Summer Squash have a softer skin, flat in shape, are generally harvested while still tender and cannot be stored for more than a week. Examples of summer squash are green and yellow zucchini, pattypan, crookneck, and cousa.

Winter Squash, on the other hand, have a hard shell, harvested when fully mature, and can be stored for months. Winter Squash are round in shape and mostly grows along the ground or trees as a vine. Examples of winter squash are butternut, spaghetti, acorn, delicata, pumpkin, etc.

It has a sweet and nutty taste along with an extremely attractive, orange covering. Since the taste of Butternut squash increases multifold with its ripening, it has a longer harvesting time and a hard outer covering. Butternut is a typical winter squash and while technically it is a fruit, the best-served dishes are those made by roasting them. So, enjoy this extremely beautiful fruit which houses various healthy nutrients and a unique flavor.

Resembling a cucumber in shape, Zucchini squash is long in shape and dark green in color. One of the eccentric quality of Zucchini is that it begins to lose flavor and softness as its length and size increases and so, it is generally harvested early. For those who want a more sweetened version of Zucchini, the Golden Zucchini with yellow skin is a perfect choice.

You must have rarely heard of any fruit being so popular that it has a complete festival named after it. Well, Mirliton is one of those rare fruits and has an entire festival, called ‘Bywater Mirliton Festival’ dedicated solely to it. Mirliton is a versatile type of squash and can be prepared in several ways ranging from boiling to roasting. As crunchy as fried potatoes and tasting similar to green cucumbers and zucchini, Mirliton has a perfect blend of all the key flavors found in other squash varieties.

Patty pan is also one of the summer squash which unlike its siblings, is small in shape with a curvy texture. Like other summer squash, patty pan is also served when immature and smaller in size. Along with a unique flavor, it also has a unique shape resembling that of a spacecraft or a pan with edges. Types may vary from yellow, white or green and major cooking styles involved are baking, roasting, and grilling.

Another summer squash, Chayote is a pear-shaped fruit having a mildly sweet taste and offers extensive cardiovascular and diurnal benefits. It’s one of those valuable squash whose every part is edible; be it roots, leaves etc. In fact, the tuberous part of the roots serves as a good source of starch while the seeds are also full of taste when served chilled along with a dip. Apart from being grilled, baked or scooped in various dishes, Chayote also finds its use in salads as well.

Among all the squash, Spaghetti is the one which overpowers the others in terms of its versatile use and ease in production. They are produced in various colors ranging from ivory to orange, due to the difference in carotene content. Since spaghetti squashes are difficult to cut-through without being cooked, they are generally baked or microwaved. The seeds are big in size and hence, are consumed roasted. So, go on and let your senses feel the exquisite taste of this roasted or baked squash!

Yellow squash and zucchini squash, both are often taken as being the same with just a color difference, mainly since they both belong to the same category of ‘summer squash’. But one of the observable difference between ‘yellow and zucchini squash’ is with respect to their shape. While zucchini is straight throughout its length, yellow squash is fat at the bottom and tapers at the neck. It is mostly fried with a little olive oil, sometimes along with their seeds and leaves.

Acorn squash is a winter squash which is grown as soon as there is no fear of frost and the soil is warm enough to sustain its growth. Just like other squash varieties, it is mostly eaten with rice, vegetables or even with meat after appropriate baking. Though its green color often gets people confused with the gourd, yet its sublime sweet taste paves the way for its unique flavor. Acorn squash is a rich source of dietary fibers and is used in making soups.

Delicata is a cream colored, green striped cylindrical shaped winter squash which is one of the most popular squash in the culinary world. Unlike other squash types which are commonly difficult to cut and cook, Delicata is extremely easy to cook. Delicata is known by various names like peanut and sweet potato squash and is generally eaten alongside main dishes of rice and vegetables.

Native to North America, Pumpkin is the most popular squash in Asian countries like India. Its sublime sweet taste, coupled with its eye-catching shape and deep yellow-green color have been the driving factor for its propagation all over the world. One of the interesting facts about pumpkin is that it is popularly used in Halloween parties because of its almost perfectly round shape. Being a prominent source of antioxidants like beta-carotene and still having a low-calorie content, Pumpkins are a must-have squash, at least twice a week.

Hard on the outside, but soft inside, Kabocha is a typical squash having a deep green skin with some stripes on the outer surface. It is popularly used in Japan, where it finds its uses in various Japanese cuisines including soups. Kabocha is also extensively used as a side dish and sometimes as a healthier alternative to potato. Having sweetness more than that of a Butternut squash and a texture similar to pumpkin, just one serving of Kabocha often leads to a memorable taste experience.

About the Author: This Article has been written, researched and shared by Shobhit Dwivedi, who is an engineer by degree, a gourmand by heart and loves to research and write about food, health and fitness to satiate his passion for them.  You can follow Shobhit on Plattershare. 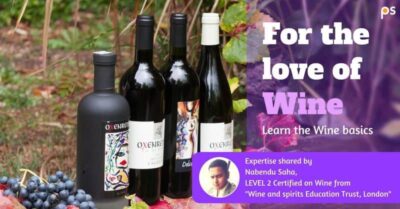 Wine Basics For Everyone 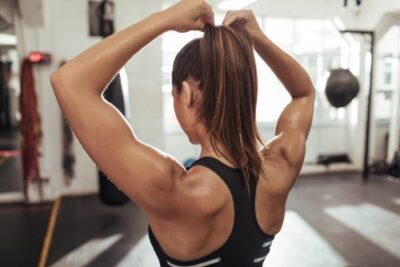 How To Improve Your Fitness Results: Pre-workout Nutrition Tips For Women 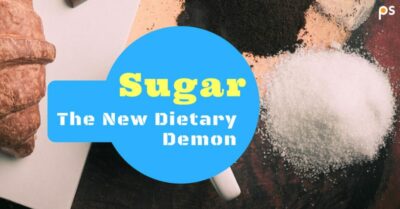 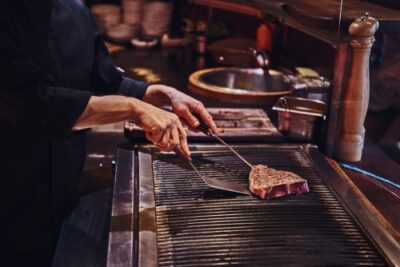 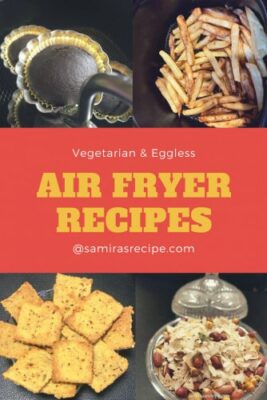 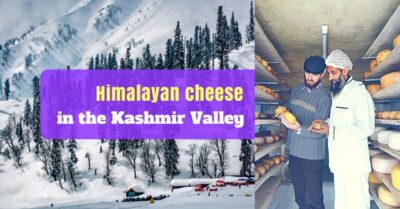 Himalayan Cheese In The Kashmir Valley 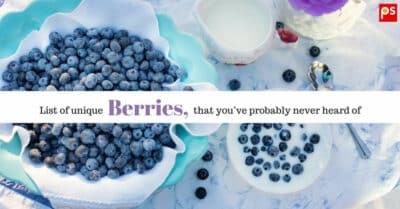 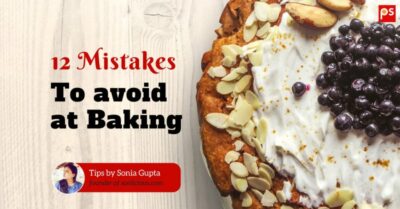 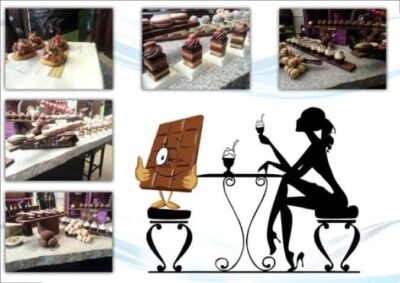 A Date With Chocolate!!