How Can Food Help Bring About World Peace?

This evening when I was asked to give my views on ‘how food can help bring about world peace’, I invited this idea with a big smile. Although vague at first, it left a warm fuzzy feeling in my stomach. If you ask me, I think food can solve all the problems of this world so why not world peace? Instantly, I started fantasizing about being in Turkey and having as much Mediterranean food as I can. I’d take the first plane to Turkey if I could. Not just Turkey, I’d take one to Kabul and Lahore as well. And EAT, eat to my heart’s content. Clearly I hold a strong bias towards middle eastern cuisines and their cultures. But for my parents, the thought of me going to any one of these places, would be nothing short of an anxiety attack. How would your parents/spouses/children react if you told them you want to go to Lahore? Anxiety attacks anyone? 🙂

Anyway, after pondering over this topic for a while, I asked a friend of mine “How can food bring about world peace?” This was his response, ” World peace is a distant dream, not only because some of us are poor but also because some of us are unapologetically greedy.” Quite a strong statement to make eh? Do you agree with him? Do you think something as meager or even as generic as food cannot bring about world peace? and only political talks or major strategic decisions could?

I beg to differ. I think food is the first link to a new city or country, to a new culture, to a new lifestyle and to a whole new experience. Think about it. If you love the ‘desi’ chinese sold by the hawkers on the streets, have you not wondered how the chinese sold in the streets of China would taste? or while watching queen have you not agreed with Kangana that the pasta should have more spices and some lemon? (still cannot forget the horrified face of the chef- he could have chewed her alive) or while reading/watching Eat Pray Love wanted to go to Italy to eat the best pizza sold in the world? If you have never been to the south but like dosas or idlis made in north, would you not like to visit the south? If the answer is a big yes, we’re on the same page.

No, I am not digressing. I am making a point here and my point is TOLERANCE. Food brings about tolerance amidst people, which, according to me, is the only way we can hope to bring about peace. This is the single most important solution, according to me. And what better way than food to bond with people and put to rest the cultural differences ? Recently, during my French class, my teacher started telling the class about French cooking- about how crepes are made. She compared them with our Indian cheelas, yes, I’m not kidding. Surprised? I was. She went on to draw similarities between the French and the Indians as a community, about  various dishes being made in both countries, about  styles of cooking and the end product being the same. I don’t know about the rest of the class, but I am definitely going for the Sunday brunch In Aroma, Chandigarh that she suggested to us in order to try quality food. So crepes and cakes- here I come. Not only that, it also helped me be more appreciative of the French as a community.

Believe it or not, if there’s a common thread running through all the countries in this world, it is food. I’ll elucidate. If you like your neighbour’s “haath ke bane hue aloo ke paranthe” your taste buds will do the tango and make you want to visit her house often to have them. If your kid likes the biryani his muslim friend brings in the tiffin box to school, he isn’t going to care if you belong to a shudh brahmin household or not, he is only going to care about gobbling up the whole biryani (if he could, I don’t gobble it up first). If you want to try or have the best fish, you would want to visit Kolkata or Goa or Kerela some day or another, and eat as much fish as you can (just don’t eat it like a giant and have a thorn stuck in your throat, like I did, but you are smarter, aren’t you?)

So, my friend, food, will make you more tolerant towards your neighbour, your hindu child towards his muslim friend and your throat and taste buds towards the fishes in Bengal  or Goa or Kerela. Lastly, for the sake of trying/eating the best idlis and dosas and rasam, you would shun the north-south divide. Wouldn’t you?

When it comes to food, one cares about the taste more than anything else. Even if the person preparing or serving the food is from a different cast, creed, sex or religion, we all secretly pacify ourselves and let go of our inhibitions to indulge in sheer ecstasy of delicious and mouth-wateringly good food. Don’t we?  The idea is to accommodate people from various cultural backgrounds, nationalities and communities and ‘celebrate’ their food. That’s what the best chefs in the world do. They bring people closer through food. They weave magic. Chef Andrew Zimmern from the US TV show Bizarre Food, in an interview said, “If I can get them to try food that’s a little strange from another place and they like the idea of it, then maybe they’ll be a little less squirrelly about the people who also come from that place. The world is not about food; the world is about people, but for some reason we seem to have a hang-up about people.” Way to go Andrew Zimmern ! I’m rooting for you to be the next president of the Unites States 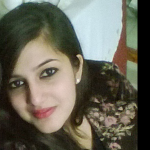 What To Consider Before Buying A Hot Air Fryer

A Good Bread Can Go A Long Way!! 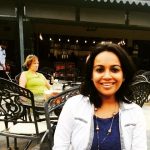 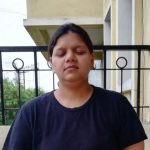