Hartalika teej is a woman special festival comes on one prior to Ganesh chaturthi. The day is dedicated to goddess Parvati. Unmarried girls keep the fast to get good husband and married women keep the fast to have peaceful and happy married life.

Lord Ganesha also known as elephant headed God. It is believed that Lord Ganesha created by goddess Parvati to protect her.

Ganesh Chaturthi is one of the major festivals celebrated in India with great enthusiasm and devotion. The festival marks the birthday of Lord Ganesha; the Lord of knowledge, wisdom, prosperity and good fortune. The festival is also known as Vinayak Chaturthi or Vinayak Chavithi. This day, observed as one of the most auspicious in the Hindu religion, is widely celebrated especially in the state of Maharashtra.

Gauri pujan is also performed during Ganesh festival in many households.  Goddess Gauri or Gowri is another name for Goddess Parvati, the mother of Ganesha. But in Gauri Puja during Vinayaka Chaturthi in certain parts of Maharashtra, especially in Pune, Goddess Gauri is the sister of Ganapati. Arrival of Goddess Gauri in homes is said to bring health, wealth, happiness and prosperity. Two idols of Goddess Gauri are brought home and worshipped and the arrival is regarded as the coming of the sisters of Ganesha by some communities.

A story told to me by my Granny while having fight with elder cousin on who will sit on granny lap. Ganesha and His brother  kartike once had a dispute as to who was the elder of the two. They went to their father Lord Shiva for final decision. Shiva told them that  whoever would make a tour of the whole world and come back first to the starting point would be considered as the elder. Kartike flew off  on his vehicle, the peacock, to go around the the world. But the wise Ganesha went around parents and claimed that he has completed his task.Lord Shiva said how can I give you the prize; you did not go around the world?”Ganesha replied, “No, but I have gone around my parents. My parents represent the entire world for me. Thus Lord Ganesha, was declared as the winner and   was thereafter acknowledged as the elder of the two brothers.

The preparations start about couple of  months ahead when you give a order for the Ganesh Moorti. Then come the decoration part , and the mandap . We generally decorate the entire mandap with natural flowers . Then comes the part of cleaning & decorating your house for welcoming lord Ganesha .  Just  couple of days before the Ganesh chaturthi , the Mandap decoration is done & preparations start for nevaydha ( Bhog) with Modak as one of the prominent item. Lord Ganesh is brought home while chanting “Ganpati Bappa Morya “ & similar slogans . For 10 Days Lord Ganesha is worshiped and on Anant Chaturdarshi Lord Ganesh Idol is immersed in a Lake symbolizing a ritual see-off of to the Lord with people enthusiastically chanting Ganpati Bappa Morya , Pudachay Varsi Lavkar Yaa. (Come soon next year)

Modak is said to be Lord Ganesha’ favourite sweet. So different types of modaks and dishes made out coconut is offered. Rava (semolina) kheer is offered to undir(rat), vaahan of Lord Ganesha.

During Ganesh festival, ukdiche modak or steamed modak is offered as naivedhya on first day of the festival. Everyday, different naivedhya is offered to Lord Ganesha and most of the dishes prepared without red chili powder, Garlic and onion.

There are few dishes which prepared during Ganesh festival as naivedhya, specially on the last day of the festival which are :

Ganesh festival is a celebration time with family, relatives and friends at home.time of  Family devotion to Lord Ganesha. Everybody tries to be at home. Family eat naivedhya prepared for Lord Ganesha. It’s a divine experience, Aarti is performed twice a day and Prasad distributed after that. 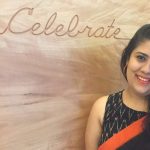 Celebrating Girlfriendâ€™s Birthday? Wishbygift Got You Covered With Their Online Midnight Cake Delivery In Delhi 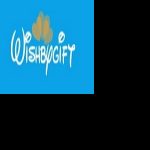 What Is The Difference Between Whole Wheat Flour And White Flour? 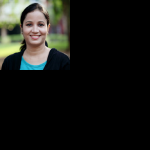 Navratri Festival – A Circle Of Ecstasy 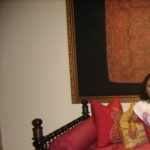 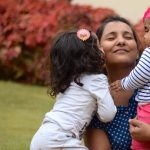