A Piece Of Pizza Kindness!

Don’t most of the kids love to enter a MacDonalds or a Dominos outlet and order pizza or rather pizzas?

My daughter loves pizza. So every month, we try to visit our closest ‘Dominos’ outlet in Margoa and order pizza. Her favorite is the one with onion and extra cheese topping. And then she always wants an extra pizza, so that she can take it to school, the next day.

On one such outing to the Dominos outlet, we had ordered her usual favorite pizza along with an extra pizza. As she was relishing the first pizza, the second pizza was packed and kept ready to be taken home. As with most of the Dominos eating joints, this one too had glass walls, so we could view what was happening outside. My daughter and I noticed that there were two small children outside the store, selling balloons and they were staring into the outlet (probably wishing they could have some pizza)

I caught my daughter’s eye and she gestured me to look at them. I thought she wanted me to buy some balloons. But she pointed to her packed pizza. I told her that I would be order some more. All this happened between me and my daughter. My husband was oblivious to all this as he was busy talking to one of his colleagues as he had an urgent deadline to meet. I checked at the counter how long would it take for another pizza to be prepared. The salesgirl told me that it would take a minimum of 20 minutes. Whew! We had to leave as my husband had a meeting in a few minutes.

I again glanced at my daughter and she mumbled ‘it is okay, you can give my pizza to the children out there.’ I immediately felt grateful and was amazed to hear her words! Amazed by my daughter’s willingness to share her favorite food, pizza with the children and grateful to the Lord, for her emotional maturity at such a tender age!

We went out of the store, and gave the ‘packed’ pizza to the two children who were waiting outside. They were elated – this was evident from their broad smiles and they thanked us profusely! We were overjoyed to witness this momentous happiness of the two children!

As, my daughter loves pizza, I have been thinking of making bread pizza for her since a long time. Last weekend, I had made ‘semolina upma (semiya upma)’ for breakfast. As soon as she woke up last Saturday, she asked me what was there from breakfast. When I replied ‘semiya upma’ she was disappointed and told me that she wants something ‘interesting’ for breakfast. I had bread at home and wanting her to have a good breakfast, told her I would make her ‘Bread pizza’. She jumped with joy! Though I had not made it earlier, just the word ‘pizza’ excited her enough to agree to this idea.

And lo, I set about making bread pizza with renewed gusto. It was ready within 10 minutes. All this while, my daughter, Shreya, was watching me make it. And when I placed the bread with the toppings in the oven, after 5 minutes, she exclaimed, ‘Mummy, it is done! I am very hungry now.

She devoured these bread pizzas and exclaimed that these werr tastier than ‘Dominos pizza’ Wow, this sounded very melodious to me.

She loved these ‘pizzas’ so much that she had them in the evening as snack, and also the next day for breakfast. The next day, Sunday, in the evening, she and her two friends got together and made ‘bread pizzas’. They relished these treats with innocent enthusiasm. Well, this mania continued…And Shreya wanted ‘bread pizza’ in her lunchbox for school on Monday too. I obliged. A happy and content mom! Thus this was the story of ‘Bread pizza mania’!

10 Things To Do For A Foodie In Uttarakhand 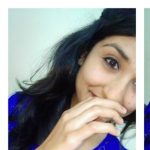