Anyone who prepares beef dishes may have basic knowledge about the cuts of beef, but not everyone is familiar with what part the cuts originate from. This helpful guide will walk you through the major cuts of beef, the parts they come from, and the best way to cook them.

When a cow is slaughtered, its carcass is broken down into big pieces known as primal cuts. These portions are then sold at a wholesale level. Following that, the big cuts are then subdivided into smaller ones, known as food-service cuts. These are the cuts you commonly find in retail stores and markets.

If you visit online sites like gpprimemeats.com and others, you’ll get a glimpse of different beef products according to their cut. You’ll also learn more about the meat industry and the quality standard they follow.

Why Cuts Of Beef Matter

For starters, the best method to prepare a cut of beef is highly dependent on the part of the cow it came from. To get the best texture and taste, cooking methods must be adapted to the specific composition of the beef cut. Additionally, the location where the cut came from also determines the tenderness or toughness of the beef.

The more the cow utilizes a certain muscle, the tougher the cut of beef from that area would be. At the same time, parts with greater collagen and elastin content may provide a chewy texture to the meat. For instance, the tenderloin, which is a muscle situated in the center of the cow’s back, is the most tender portion of the beef. This muscle gets the least activity, resulting in extremely thin muscle fibers and leaner meat.

The amount of muscle fiber isn’t the only factor that influences the flavor and texture of the cut of beef. The amount of fat and collagen and how the beef is sliced and prepared all contribute significantly to its taste and texture.

Fat is the primary taste component of beef. It melts when cooked over an extended length of time. Collagen changes into gelatin when cooked for an extended period. This is why slow-roasting tough cuts soften them into melt-in-your-mouth tenderness.

Beef Cuts And The Best Way To Cook Them

Identifying the many cuts of beef as well as the best ways to prepare it is a challenging task for anybody. With various cuts and cooking methods, you’ll have numerous options depending on your preferences. Beef is usually split into eight primal cuts, as follows (from the head to the hoof):

Chuck originates in the shoulder muscles of the cow, beginning in the neck down to the fifth rib. It’s the biggest primal cut of the beef. Additionally, it’s referred to as the seven-bone steak due to the structure of the bone on it. The chuck cut produces some of the most budget-friendly beef cuts, including the chuck eye steak, shoulder roast, and flat iron steak.

Because the shoulder muscles perform most of the grazing labor, its muscle fibers are dense and covered by a thick layer of collagen. While these dense fibers may be tough to chew, the majority of its meat is also quite fatty. The fat makes it delicious and tender when cooked for a longer time.

Best cooking method: Since the chuck has a huge portion of connective tissue, which is rich in collagen, it’s best to be cooked slowly over time as well as to be braised. These two methods could effectively tenderize tough portions of meat. Due to the high-fat content of the chuck, it’s also ideal for ground beef, which could be made into delicious burgers and stew.

The brisket, which is situated under the chuck plate, comprises the cow’s chest. The brisket’s muscles also bear the weight of the cow. This makes it tough and dense with connective tissue and fat. Briskets are also divided into two types of cuts: flat cut and point cut.

Despite its toughness, the brisket is among the tastiest cuts of beef. It’s also slightly fatty, which may be desirable since it tenderizes into rich, beefy deliciousness.

Best cooking method: To soften and tenderize the cut’s tough and coarse-grained texture, it’d take a long period to cook it in low heat. Brisket is also often used when cooking pot roast, and it’s also good for corned beef and pastrami. Slow cooking brisket in a barbeque or smoker is another common method of preparation.

A cow carcass has 13 ribs, the first of which start in the chuck portion. The rib, which is located after the chuck, is made of ribs 6 to 12. This portion is less physically active than the chuck, yet it still contains a good deal of tasty fat.

The rib is one of the best cuts of beef, famous for its tenderness, marbling, and taste. The rib also comprises many of the most tender cuts of beef such as a prime rib, rib-eye steak, and cowboy steak. Additionally, it produces the most coveted and costly short ribs.

Best cooking method: Because the meat from the rib cuts is already tender, they may withstand different types of dry-heat cooking like grilling, pan-searing, and roasting.

The plate is situated underneath the ribs on the cow’s frontal belly. It’s packed with cartilage and it’s quite fatty. It includes a variety of cuts such as hangar and skirt steaks.

This steak has an incredible taste. The skirt steak is produced from the diaphragm muscle, and it’s connected to the inner abdominal wall through a dense connective tissue layer that must be properly cut away. Because it contains tough muscle fibers, it must be sliced against the grain to avoid becoming chewy. It’s also a thin cut of beef, which allows for rapid cooking at high heat.

Best cooking method: Because the plate has a large amount of cartilage, it’s excellent for braising. This method dissolves the cartilage and converts it to gelatin.

The loin is a section of the cow’s back, immediately below the ribs. It’s also among the most tender and delectable beef cuts. Also known as short loin, it’s finely cut into big steaks.

Short loin steaks are sliced beginning at the end of the rib and moving toward the hind. The loin cuts include but not limited to the following:

The flank refers to the cow’s abdominal muscles and is situated immediately under the loin. It’s a very tough cut of beef. Flap steaks or flank steaks are the most common cuts of the flank.

Best cooking method: The ideal way to prepare flank steak is to grill it rapidly at high heat or to stir fry it. Because it contains stiff muscle fibers, overcooking may make it tougher. Marinating the beef beforehand helps to keep it moist and prevents it from drying out. Additionally, beef flank is great for braising and is also frequently used to make ground beef.

The round is a lean cut of beef that has relatively little fat. It’s also called the rump. This part is situated behind the cow, close to the rear leg. Rump muscles are relatively lean, but it’s tough since it gets a lot of activity.

Despite its toughness, the round provides a variety of excellent cuts of beef, including the top, bottom, and knuckle rounds. The top and bottom rounds are both lean and lack collagen.

Best cooking method: The best way to prepare the beef round is to roast them gradually until they reach a medium-rare level.

The shank is the toughest cut of beef because it comes from the cow’s legs. Since the legs are continuously exercised, they produce very tough meat. The shank is the least popular and also among the least expensive. It only produces two cuts: the shank and the cross-cut.

Best cooking method: It’s ideally cooked in liquids over a lengthy period. The broth it produces can be the base for stews, soups, and stocks.

The kind of meat you want depends on the cooking technique, your wallet, and your taste. But you should also see to it that the meat you pick is firm, has good color, and doesn’t smell sour.

Now that you understand the ideal cooking technique for each beef cut, head to the meat section, choose the finest beef cut for you, and wow your family and friends for dinner. They may believe it’s difficult to prepare beef, but you now think otherwise. Consider the ideas mentioned here as you plan your meals.

# beef cuts# how to cook beef 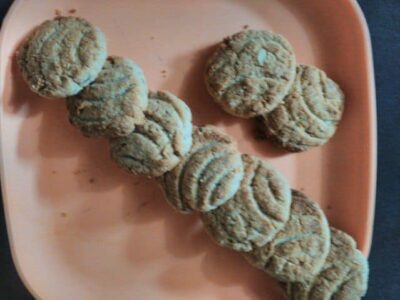 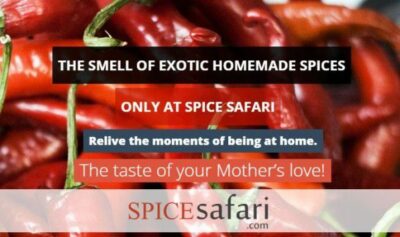 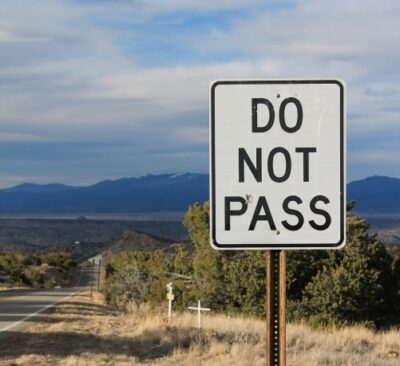 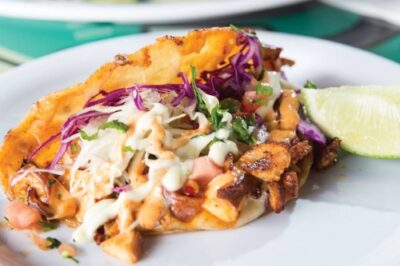 10 Vegans Meals for your Non-Vegan Friends 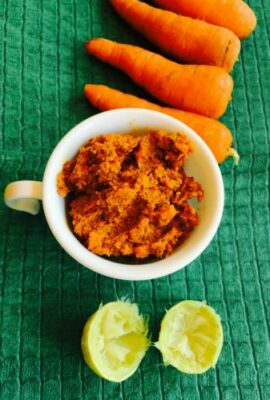 Bonding with mother-in-law over Carrot Chutney 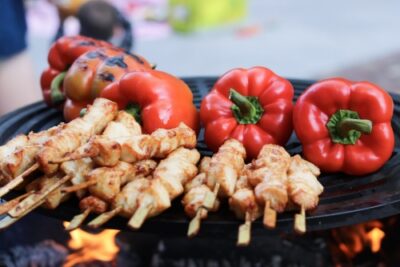 How To Create Perfectly Balanced Meals 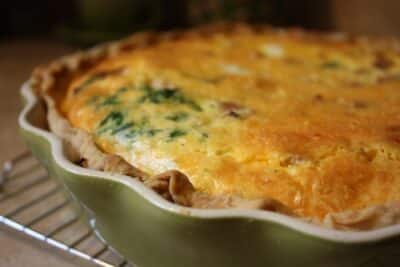 Easy Tips On How To Make The Best Pie Crust 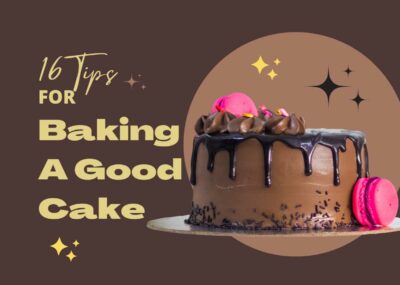 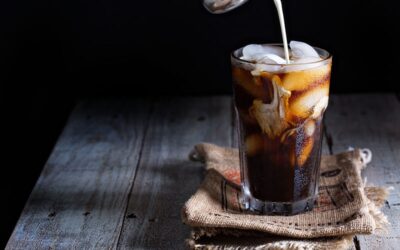 How To Cook Baked Potato In The Oven?