3 Singaporean Food Trends To Take Note Of This Summer

At only 278.6 square miles, Singapore may be a small country compared to the USA, but it doesn’t take a back seat when it comes to delectable foods. When it comes to cuisine, Singaporeans are extremely trendy, and often embrace (and initiate) some of the most splendid food trends currently making waves around the world. This year, the food trends on the island have veered away from the typical meat-free dishes and guilt-free desserts to include a plethora of downright-delectable – and even somewhat sinful – treats that will make your mouth water. From melted cheese hotpots to over-the-top milkshakes, here’s a closer look at just three of the most popular Singaporean food trends of 2019.

While gooey melted cheese may typically be associated with pizza, nachos and pasta, it has now made its way into steamboats across the country. Typically served alongside other popular condiments such as salted egg, green-garlic butter, and Mongolian sauce, melted cheese is becoming the dipping sauce of choice for meat, veg and seafood-loving locals and tourists alike. Most restaurants in Singapore make use of a mixture of mozzarella and cheddar cheese for their hotpots. Mozzarella becomes stretchy when melted, and has a milky, mild flavor, while cheddar is richer and saltier in contrast. If you’re looking for some of the best melted cheese dishes in Singapore, head on over either to Flame Café in Upper Paya Lebar Road or Jackpot K Seafood & Cheese BBQ Buffet in Beach Road, where you can indulge in cheesy goodness to your heart’s content.

Seaweed is (still) all the rage

Seaweed has been a much-loved ingredient in traditional Asian cooking for many years. Today, thanks to an increased interest in plant-based foods in Singapore, seaweed is being embraced by foodies from all walks of life. Although still commonly found in sushi and ramen, seaweed also features in a range of tantalizing and exciting dishes that will appease even the most fastidious of foodies. One of the most popular seaweed delicacies, seaweed butter, is served at the award winning restaurant, Jaan, and generally accompanies the establishment’s signature sourdough bread. Another treat worth spending money on is the royal roasted pigeon accompanied by wild mushrooms and seaweed that is served at Saint Pierre, one of the pioneers of Singapore’s fine dining scene. Even though you must expect to pay quite a bit for your seaweed cuisine at the Michelin-star establishment, you can ease the financial burden by using a credit card that will reward your foodie-fuelled purchases with cash-backs and other bonuses, paving the way for more culinary adventures.

Over-the-top milkshakes are not for the faint-hearted

Over-the-top milkshakes are skyrocketing in popularity in Singapore, not only because they are mouth-wateringly delicious, but also because they make for pretty superb photos.  Most of these creations are far too filling to even be considered as a mealtime drink, and can easily replace an entire meal. Black Tap Craft Burgers and Beer are known for their Crazy Shakes that come in varieties such as the Brooklyn Blackout, a chocolate shake served in a chocolate-frosted glass with mini chocolate chips and topped with whipped cream, chocolate drizzle and a chocolate brownie. Other popular spots in Singapore to enjoy an over-the-top shake include The Benjamins and Summerlong.

It is with very good reason that Singapore is considered one of the top foodie destinations in the world. Between the delectable traditional cuisine and awe-inspiring food trends, it’s impossible not to fall in love with the small island with the huge heart. 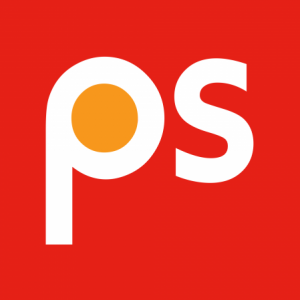 How Many Calories Does A Tablespoon Of Brown Sugar Have? [INFOGRAPHIC]